Stinking Harvard is not black because of Barack Obama but because of its black robe that makes Obama white.

French caricaturist Honoré Daumier was drawing the lawyer's and the deputies (representing people as they say after christian clerks) in their black clothes as the Priests of Satan's Synagogue with their monkey faces.

It is because there is too much truth in art that women do prefer Music, as fatal as Sperm. 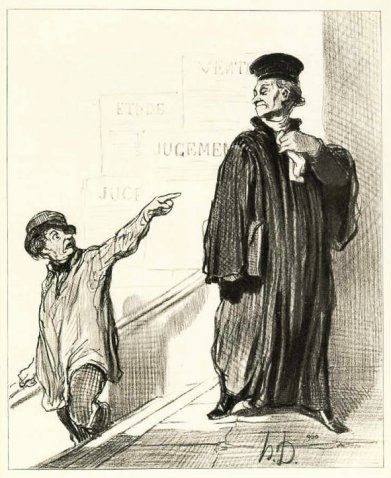