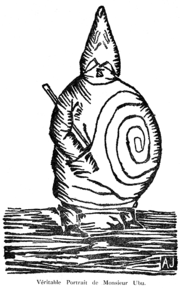 Shame on former Pope John-Paul IInd indecent acts of self-torturing does illustrate the new use of Christian Roman religion by modern global dictatorship. One must say before two things about this Pope:

-Nothing is less surprising than this habit from him; everybody is remembering his suffering when he was making his worldwide tours before his death. What are self-whipping with a waistbelt compared to the suffering of an old man next to death agony around the world?

-Praising torture is ALWAYS a proof of low spirituality, in Christianity first of all, but whoever this praising is coming from in general; Atheist French Marquis de Sade as much as some crazy Christian nuns such as Spanish Theresa of Avila... Nazi's sado-masochist background is undeniable too: all that bullshit is betraying common intellectual weakness from same origin: Politics. The "cell" is in general what these people have in common. Devil is not only in the house, but in the cell.

Outrage of mad killer against anybody is first of all against his own body (That is what the cops or the moralists making inquiries about the serial-killers are trying to hide: special responsability of Politics in these kind of murders.)

Torture makes the link between family and politics obvious, and the fact that education is as satanic job as tyrant's job.

Is there something more hypocrit in today's World than Hitler's sentence next to sado-masochism praise that one can hear from lots of stupid but powerful artists? Notice that 'Arbeit macht frei!' is not only a sado-masochist Eastern Device but a do-nothing Device of people that mostly make money or slaves work for them -as gloomy and contemptible than Greek idleness is full of nobility and altruism. Roman, nazism or liberalism principles are made for the slavery to continue as long as possible, although Aristotle, Aeschylus or Homer were fighting for liberty.

New use of Christian religion by dictatorship now:

-As Karl Marx explained ('The Holly Family') and his son Paul Lafargue after him (which is explaining the old hate of Puritans against Marx, though he is not that far away from Luther's vowing merchants and their laws to Hell), main use of Christian religion by different dictatorship in Europe during XIXth century was to justify industrial slavery. And it was a duty in lots of rich families to give one son to be a clergyman. Christian religion became useless for dictatorship after the disgusting of it in poor classes, replaced so by the State religion called 'existentialism' in France, made of half Gothic and Baroque old Clock-mechanism (Soul Systems or Sound Systems are the best in Dictatorship for a good control on big nations.) Nazis themselves could not use 'Jewish-christianity' to manipulate people as Napoleon Ist and IInd, Bismarck did before Hitler. Hate of Christian religion was at that Time too big in poor classes working for the industry.

Hitler and nazis were the first politicians to do what Global Dictatorship is doing with Pope John-Paul IInd or Benedictus XVIth right now: making the existentialist religion modern in the comparison with old christianism of Roman Church that seems to make as many efforts as possible to be ridiculous and old-fashioned as Shylock in Shakespeare's play (Pope's small party in France is blessed bread for caricaturists as Texan people are for New-Yorker.) This press propaganda is sitting here on two big official lies as Hitler did:

-First is that 'existentialist' religion of State is not less out of Christian origin than it is out of Paganism (The mostly Roman paganism concerned here was mainly imported in Christian religion by clerks, especially in the XVIIth century. Importance of Poets and poetry does prove that this paganism is mostly of Latin origin.)

-Second lie is that 'existentialist' religion is not less Gothic or Baroque than John-Paul IInd sado-masochism which is obviously part of USA-culture (or Japanese one).

'Highway to Hell' is the religious song of existentialism by monkey Mick Jagger out of some Business School; Jagger who knows probably as well as I do who Artemisia is and that Lucifer is not deaf to entreaties of frogs that are giving him their sufferances for nothing against a little piece of Glory.